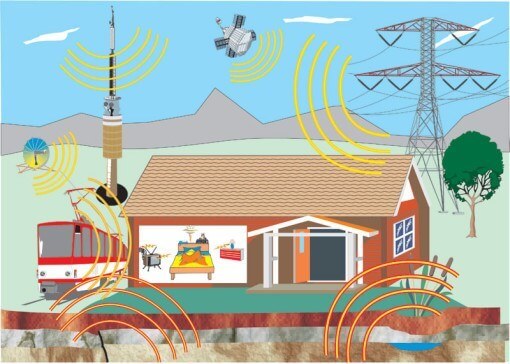 According to the WHO (World Health Organization) “30% of the world’s buildings are “sick” with toxins to humans. Geopathic stress is a major cause of this problem”. I think I just had a major experience of this, and not for the first time.

Several months ago I experienced first-hand the amazing difference in my ability to think clearly when I turned off my wifi (wireless internet) in my home office. (See my blog: http://kimknight101.wordpress.com/2010/02/04/the-startling-effects-of-wifi-wireless-appliances/).

Well, the interesting thing was I thought I had sorted that old chestnut out. Seems not. Whilst I did notice a significant improvement, over the last 9 months I had been feeling what I could describe as a lack of enthusiasm and motivation at work, procrastination and lethargy. I could not put it down to anything in particular. I did notice that I felt worse at home compared to when I was out and about, and in particular I felt worse in the office.

Then 2 weeks ago I attended the NES Health practitioner training. NES is a cutting-edge software program which measures disturbances in the human body field, whether they be emotional, energetic, nutritional or geopathic and more. Interestingly enough the geopathic stress came up with a red alert. I couldn’t understand it, as I consider my home environment very peaceful, set on 10 acres of beautiful countryside. However, it got me thinking.

When I came home, I decided to have the house dowsed for geopathic stress by the best dowser I know, Albino Gola. And wouldn’t you know it, he found a curry net (major form of geopathic disturbance) right underneath my office and bedroom, where collectively I spend most of my time! He also found microwaves coming through another part of the house.

He neutralized the incoherent energies with a copper coil and I waited to see if I would feel better. This time it was not an immediate shift like when I turned off the wifi. But over a few days I certainly noticed that I started to feel more optimistic and active. I began to take action on things I had been putting off for months. And I just felt clearer in the head. He also gave me some stickers to put on digital phones and computers to neutralize the EM radiation.

Interestingly enough, this is not the first time I have been a culprit of geopathic stress. Several years ago I moved into a house, and could not unpack or decide where to put my bed. For six weeks I tried to sort the house out, slowly getting more and more frustrated. One day, I just simply plopped myself down in the middle of the lounge in a puddle of tears, totally frustrated. Then I thought of Albino and rang him. He came over and found what is called in the geopathic trade a ‘black vortex’ of underground energy – right where I had collapsed on the floor. He put up a coil and 2 hours later I had unpacked!

So, I hear you say, why did I fall for this again?

According to Albino, it usually takes about 2 years of living in a house before geopathic stress starts to take its toll or be noticed, and by that time the detrimental effects have already started, meaning we are already not so clear-headed. The change is so gradual that we do not notice it, and because it affects our ability to think clearly, we are unable to notice the detrimental effects. Catch 22.

If it hadn’t been for the NES scan, I don’t know if I would have thought to consider geopathic stress as an issue. Thank you NES!

So if you are finding it difficult to think, or are just not feeling great, you might like to consider geopathic stress as a possible cause.

The quick guide to geopathic stress

‘Geo’ means ‘of the Earth’ and ‘Pathic’ means leading to pathological change, illness or disease.

In certain areas of the earth, there are irregularities in the Earth’s magnetic fields which cause negative health effects in individuals living in those areas. These irregularities can be caused by underground water or fault lines. This geopathic stress affects the pressures upon our bodies and consequently our moods and health.

According to Albino, who is an expert, there are actually two types of geopathic stress: MAN-MADE  and NATURAL.

According to NES Health, our human body field is made up of several electro-static fields which surround and entwine us, which are constantly reacting to changes in our environment. This body field is affected by certain axis in the earth, specifically the equatorial, vertical and magnetic pole axis. It is also affected by geopathic stressors (as mentioned above), as well as air travel. Since the human body field is the master controller of the body at a quantum level, our health and wellbeing depends on it being in good shape.

Symptoms of geopathic stress or electro-magnetic disturbances can include:

Improvements upon rectification include:

For more information on geopathic stress and electro-magnetic radiation, just search on the net.

To read an article in the NZ Herald on Albino Gola and how to avoid geopathic stress, see http://www.nzherald.co.nz/health/news/article.cfm?c_id=204&objectid=10678104