‘One million FREE of CFS, chronic illness and ME’ 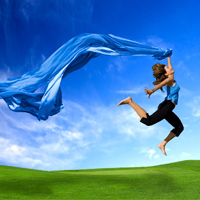 This is about to be the new slogan for the revolutionary medication-free treatment developed by a UK medical doctor for recovery from long-term illness.

In his book ‘Chronic Fatigue, Fibromyalgia, The Long Awaited Cure’, Dr David Mickel MBChB MRCGP explains clearly how and why symptoms of chronic pain and fatigue are created.

He describes how the hypothalamus gland in the brain becomes over-stimulated, going into a state of ‘overdrive’, which is the end-result of ongoing stressors driving the body into a state of ‘dis-ease’. A wide range of symptoms are often created in any number of the body’s systems (eg digestive, nervous, hormonal, muscular-skeletal etc). Whilst each patient will develop their own particular set of symptoms due to their individual propensities, most patients develop common, recurring symptom patterns such as tiredness, brain fog, tachycardia, restless leg syndrome etc. Hence how the labels of chronic fatigue ‘syndrome’ and fibromyalgia ‘syndrome’ were invented – a syndrome being the term for a group of symptoms which consistently occur together, or a condition characterized by a set of associated symptoms.

Whilst most doctors are still baffled by these conditions, Mickel Therapy has, to coin a phrase, ‘cracked the code’. It understands how ongoing unresolved emotions and stress affect brain chemistry, finally creating symptoms and eventually, if left unresolved, bringing a person metaphorically, and for some literally, to their knees.

Imagine driving your car at 120 kph in 2nd gear along a motorway every day for 20 years. How long is it likely to last before the engine gives out? Our body is no different. It can tolerate stress only for so long before it needs repair.

According to Mickel Therapy symptoms have a purpose: they are the body’s way of speaking words and it’s way of attempting to get its owners to address unresolved issues. During Mickel Therapy sessions patients are taught how to translate symptoms back into the ‘emotional communication’ their body is sending them, and then take constructive ‘action’ so the body can stop sending the communication (emotions and symptoms).

Once understood the process is remarkably simple. A few doctors have trained in the process after having recovered themselves from CFS and chronic illness using the techniques. Patients are often astounded by the speed at which they recover once they understand the real cause of their symptoms, which is clearly explained in the first session.

Many myths are also dispelled during treatment as to the intelligent purpose of symptoms:

For example, chronic fatigue is not so much a lack of energy, but rather an excess of suppressed emotional energy. Quantum physics has shown how physical matter, thoughts and emotions are at their core a form of energy, and inadvertently suppressing emotional energy will create exhaustion.

Another common myth is that CFS is caused by a virus. Nothing could be further from the truth. The virus tends to be the ‘last straw’ effect: by the time the body succumbs to a virus, it does so because the immune system has been so weakened it allows the virus in. However, the real causative factors usually start many years earlier, and are clearly revealed to the patient during treatment.

For the first time ever, people will have the opportunity to train as Mickel Therapists in Australia this April. The trainings are open to current and aspiring yet-to-be health professionals.

There will also be a Mickel Therapy Practitioner Training in Auckland, New Zealand in May.

Any queries can be addressed to Kim Knight, Senior Mickel Therapist and Trainer Australasia [email protected]y.co.nz